Why go on estimating the value of an economy that no longer exists? 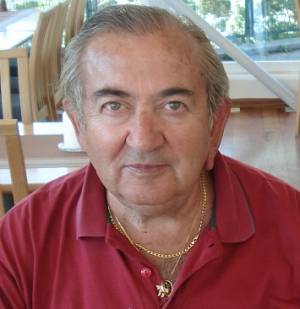 Professor Leif Edvinsson was one of the very first to map out what he has coined as the Intellectual Capital (IC)  and furthermore to make clear what it means to the present paradigm change-over. The Industry Epoch has gradually grown into an information based era. Leif Edvinsson has proposed that a company ought to show its IC in the annual report in order to give a correct value of the real economy.

Meanwhile politicians and representatives of trade and industry go on pretending that nothing has changed! The global economic crisis leaves no room for doubt that the standard industry is on the verge of ruin. Even ideas, nourished by the Industry Society, seem to have reached the end of the road. I refer to capitalism, socialism, Keynes´s economic model, neoliberalism etc. The employees who are on the way of losing their jobs in the car industry, dont understand more than the public at large what is actually happening. Many people still seem to believe that the physically and mechanically apparent jobs are going to save them! Consequently there is a public demand for governmental help to the dying industry by means of so-called crisis packages.

Why is it so?
Simply because our daily life is still characterized by industrial products like cars, houses, technical equipment, furniture, clothes, shoes etc, all of them looking like they did 100 years ago. Thus the changes are superficially very small. Everything still smells industry. In consequence we persist in calling new branches of business Service Industry, Tourist Industry, Entertainment Industry, IT Industry etc. The language is always lagging behind  hundreds of years after the technical development. The language is literally conservative.

Too few people consider the fact that only five (!) percent of the total cost of a computer refers to hard ware, i.e. industrial production based on raw material, such as metal, plastic etc, while remaining 95 (!) percent relates to soft ware, i.e. outcome of intellectual creativeness. Even the tiny hard ware part is actually manufactured by means of digital information, computer-assisted design and production (CAD/CAM), which implies a substantially reduced need for workers on the factory floor, and on the other hand need for many more programmers, designers, and marketing persons at the desks. The large number of dungarees is now to be found in the Far East, above all in India and China. But it will not be long before the IC and the digital automation will take over also in Asia.

This development does not only apply to computers. Practically all goods are produced with minimal hard ware costs, and maximal contribution of soft ware, by means of IC-based computer bits, rushing round the world with the speed of light, while the old industrial atoms become less and less important. A good example is medicines or drugs that may do wonders in alleviating pain or cure diseases. Think of penicillin or detergents, soap etc. The chemico-technical elements cost practically nothing, compared with the research effort that brings about the effect that constitutes the true value of the product.

Nevertheless we go on writing invoices in an oldfashioned  way.  The companies do not inform their customers of what they actually buy. This is the reason for all misunderstanding concerning what is important to save in times of crisis.

Wouldnt it be better  in price lists and labels as well as in invoices  to inform customers of the present paradigm change-over, i.e. at the moment of transaction to visualize the IC and account for the number and value of the included computer bits? How could we otherwise make people conscious of what the information-based Knowledge Society is like, i.e. the new reality that virtually reaches us in shape of computer bits?

NB that this is why we go astray and at last in a cul-de-sac. Many people object by saying that the world from the beginning and onwards has developed through knowledge. Even the 18th century mechanical shuttle that broke Indias prospering economy was based on knowledge. This is undeniable, but the information of the shuttle was written with a quill pen and verbally conveyed. The shuttle itself worked mechanically in a manual industrial environment.

To-day the transmission of information is practically always digitalized by means of computer bits. This is the big change that causes the chaos and confusion of to-day, which is furthermore amplified of the fact that the products and services are offered exactly like before, i.e. in a non-digital shape.

It will last long, perhaps hundreds of years, before we will be able to buy cashmere sweaters and Chinese food in digital shape. Before then we will have to stand that you yourself  or IKEA  will go on moving atoms from one place to another just like before. In other words: the final product will also in the future consist of atoms  not of computer bits. But the production process will be more and more digitalized. It is this difference between production and the final product that deceives and misleads the whole world!

For this reason I maintain that it would be wise to forestall to-days tragedies with unnecessary premonitions and notices, massive unemployment etc. Straight invoices
might be a strong contribution to preventive information regarding the present situation as well as the future. By help of radically changed price labels, and invoices it would be possible for ordinary people to follow the development of declining prices, and to understand why the goods become cheaper, when the investment in basic research is refunded.

This is why I find it desirable with continuous information of the importance of IC in connection with every transaction, instead of the present way of visualizing the real capital only once a year in the annual account  and in too many cases not even there!

Spreading of knowledge of the effects of IC could make more and more people aware of the paradigm change-over, and of the rapid development of the digitalized Knowledge Society. It would help people to get a comprehensive picture of what really happens in a time when insight and entirety are the most important competitive instruments.

Leif Edvinssons ideas have so far only been introduced at top management level, and happened furthermore to fall into disrepute, when the ideas became misinterpreted by miserly executives of the tarnished big Swedish Insurance Company Skandia.

Wouldnt it be better to try to make the real economy understandable for the public at large, than to go on estimating an economy that no longer exists? Are such ideas perhaps too provocative for the economists of to-day, brought up in the partly outplayed Industry Society?